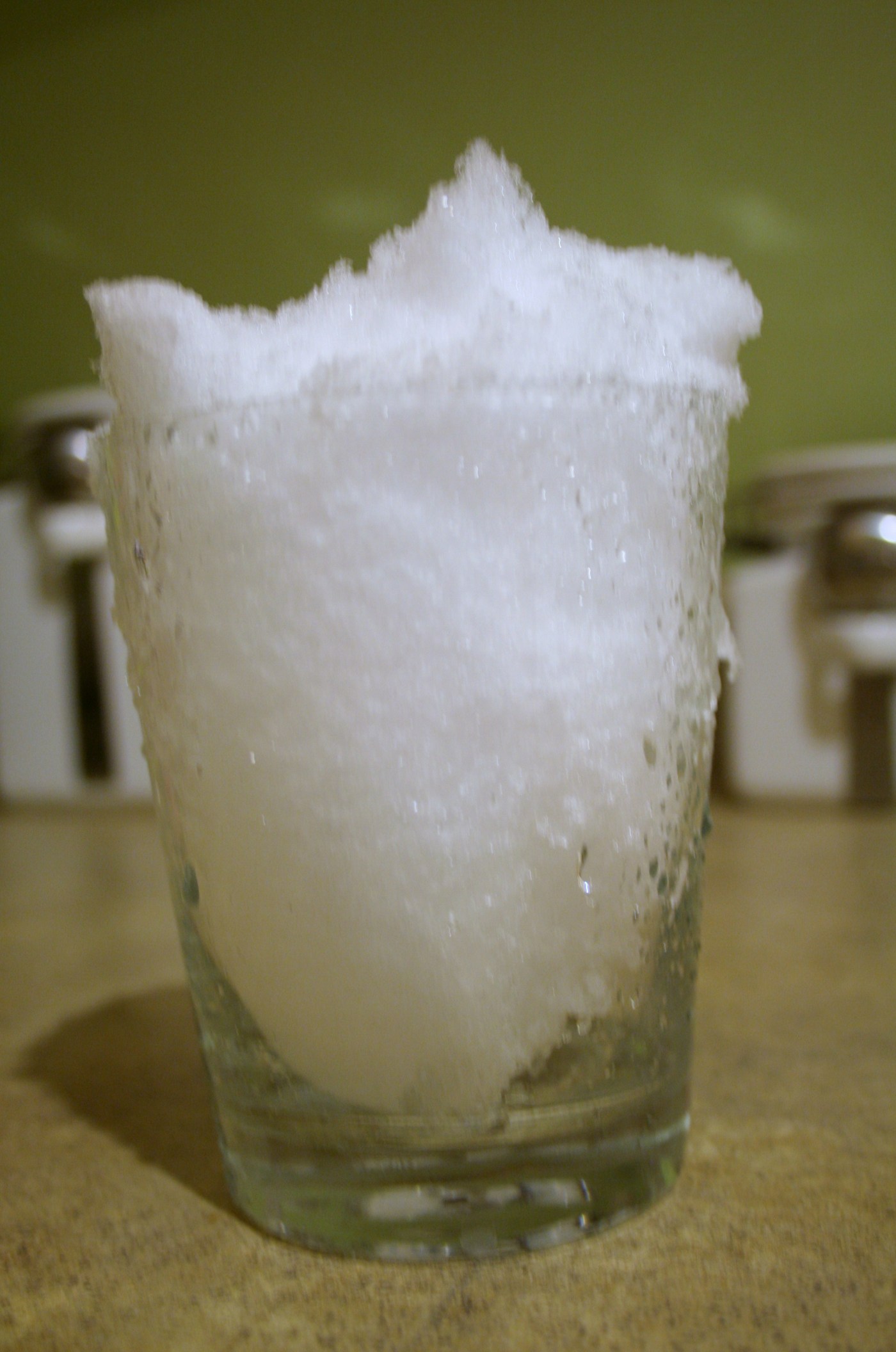 I wish that I could say that I baked, cooked and created this weekend out of a sheer love of all things homey and productive. Ah, that would be a nice reality, if only it weren’t just a dream. Truth be told, I completed several culinary projects due to the fact that the food in my fridge was going to spoil soon if I didn’t do something about it. After a hectic week with one too many microwaved meals and fast food options, my kitchen and health were feeling sadly neglected. 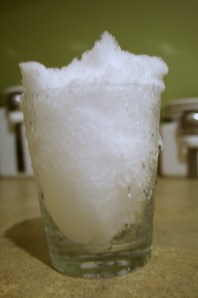 Friday night, though, my “cooking” began not so much with a productive slant, but rather with a decision to make tasty use of the melting snow drifts on my front porch. Hence, my first snow ice eating of the season. Now, for those of you who have never enjoyed a good bowl of snow ice, rewind to the days of your childhood. Taste the mug of hot chocolate with tiny marshmallows floating along the rim. Feel the wet sensation of half-frozen mittens being peeled off at the door. Knock the ice and mud off your shoes on the porch mat and take a seat. You are now in the correct mentality to relish this childlike dessert.

As a Texas born and bred, snow ice was a delight yet undiscovered until my cold, dreary days at college in Kentucky. The rain continued nonstop for months on end in the heart of this blue grass state, and only occasionally would snow elicit shouts of surprise and gasps of awe from the cloistered college students. It was during a huge snowstorm, however, that I was first introduced to a small benefit to frozen tundra: snow ice. 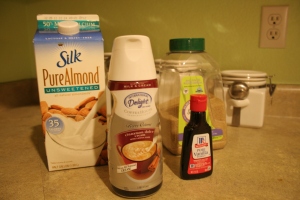 To make this simple treat, mix a small amount of milk or milk substitute (such as almond milk), vanilla extract, coffee creamer and/or half-and-half, and preferred sweetener together. The exact proportions and flavors are based on personal opinion. I like a mildly sweet base. I have tried several variations, including peppermint extract, chilled coffee, and cinnamon in this mix. Traditional vanilla still takes the cake in my opinion.

After tasting and re-blending till desired sweetness and creaminess is attained, pour liquid mixture over a cup filled with fresh snow. Top with a dash of cinnamon or cocoa powder. Stir. Spoon. Enjoy. 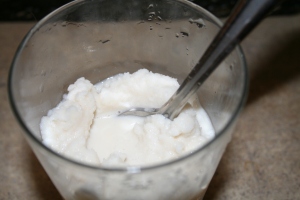 Saturday morning’s painful jog due to my injured rib cage desperately needed a coffee pick-me-up. As a fervent believer that a teacher should not be a grouch due to their caffeine addiction, I have tried to stick with decaf varieties of my favorite brews over the past couple of years. 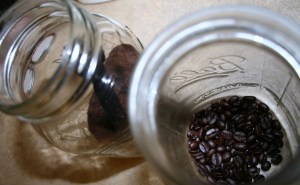 However, my nutritionist last year further narrowed my addiction by informing me of all the pesticides found in a normal cup of joe. Hence, I now scour grocery store aisles for organic, decaf, water-processed beans. A bit pricey, but the flavor is rich and unpolluted 🙂 No little toxins lurking in mug, thank you very much!

Following breakfast and Bible reading time, I had to do something about all those veggies I had so optimistically bought the week before. Digging through the fridge drawers, I pulled out sweet potato, summer squash, beets, and turnip. Slicing these into even chunks, I put the pieces into a gallon-size Ziploc bag with about five cloves of freshly chopped garlic, a sliced onion, balsamic vinegar, balsamic dressing, olive oil, italian herbs, salt, and pepper. Giving the bag a good shake, I then poured the contents out onto a baking stone and slid it into the oven to bake on 350 degrees for about 35-45 minutes. 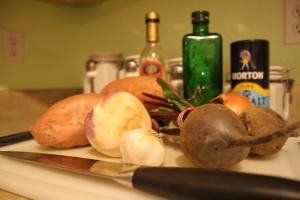 This medley can be modified based upon whatever produce is about to spoil and/or whatever is in season. Spice combinations should be tailored to the selected veggies. 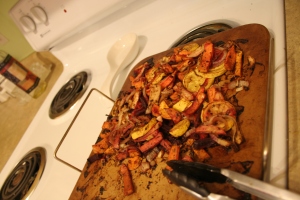 Toss the veggies at least once while cooking to achieve even texture.

After the veggies are tender and your house is filled with the fragrance of roasted garlic and onion, remove from oven. Top dish with feta cheese, preferably while still hot. The al-dente dish provides a rainbow of color and is a perfect complement to beef or chicken entrees. Reheat later in the week for a quick side or serve with cottage cheese for a vegetarian main dish.

My final endeavor to this weekend’s cooking spree were the Pumpkin Oatmeal muffins mentioned in my earlier post “Marriage and muffins.” (See http://wp.me/p1Vsn8-4k for relationship discussions best had over coffee and pumpkin). 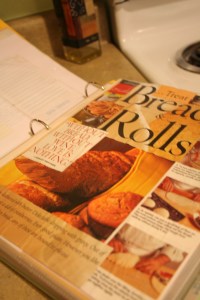 The recipe that I based these nutritious goodies on was given to me by my sister Danielle last Christmas. I can’t bake a batch without remembering the amazing sister-time we enjoyed . . . two cooks in the kitchen, coloring my hair in the sink, eating bunches of chocolate . . .The recipe, like my sister, is very flexible and conducive to a cook who wants to use whatever he/she has on hand. I made substitutions for several ingredients in this batch. 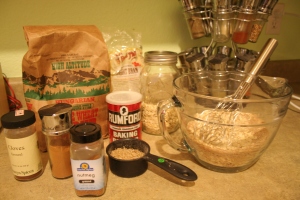 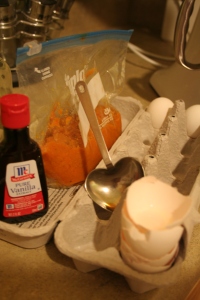 Spoon batter into muffin cups and top with craisins, raisins, and/or nuts. Bake at 375 degrees for 25-35 minutes. Let cool completely before storing in an airtight container.

Do the dishes, pour a cup of coffee, and sample to your heart’s content!